"Design of infrastructures and teams taking into account the Patient eXperience" 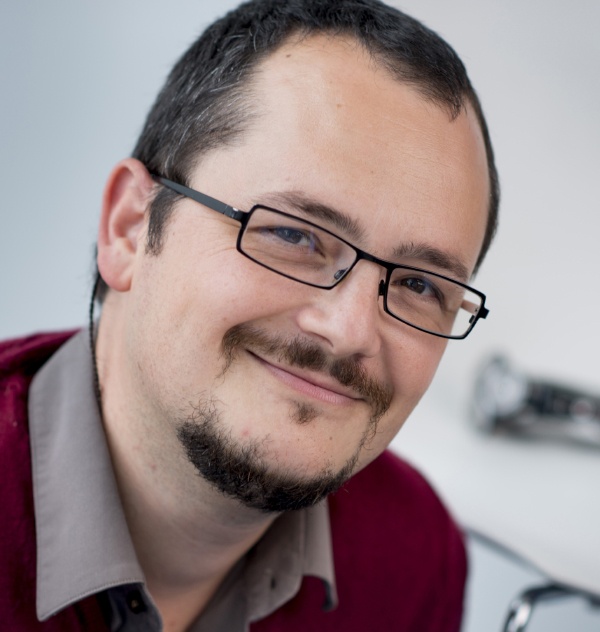 Florian Boulanger works to humanize highly specialized and advanced medical technologies in the Philips Experience Design department. When designing future MRI machines, Florian & his team integrate the user needs (patients & clinicians) discovered during numerous research projects in hospitals around the world. Their observations are the source of innovations to improve patient comfort and facilitate the use of the scanner by hospital staff. Ultimately, by focusing on user needs, they ensure that incredible technological advances are effectively used by the various players in the healthcare system and have a greater impact on the well-being of patients. 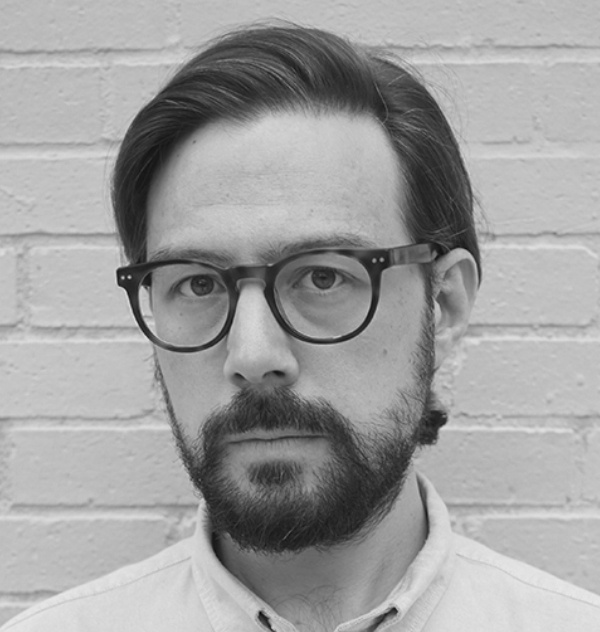 Rai Pinto Studio specializes in transforming conceptual ideas into relatable spaces, developing unique solutions to fit each project’s needs and context. The studio works on interior and environmental design projects with a focus on healthcare.

Raimond has taught at Eina Art and Design School and has been invited to show his work in others design schools.

He lives between New York and Barcelona. 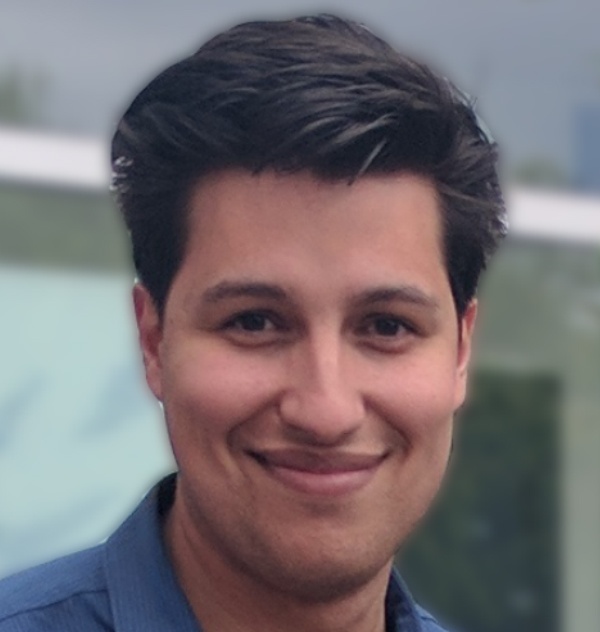 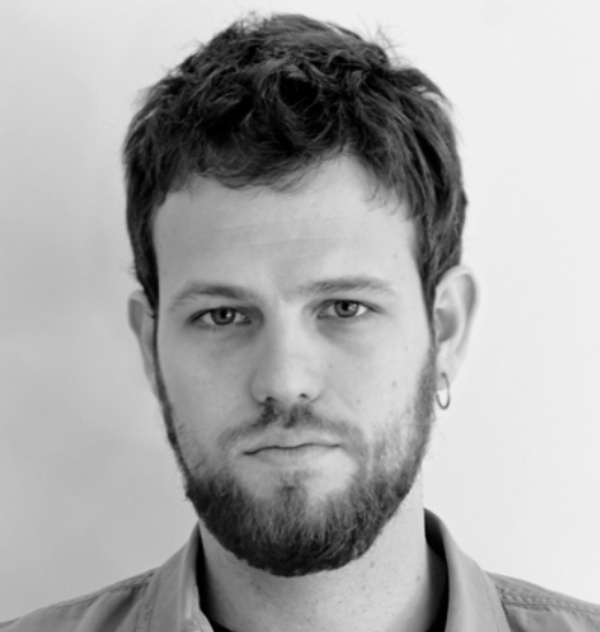 Dani Rubio Arauna (Santander, 1986) studied Graphic Design and Typography at Eina in Barcelona, where nowadays he runs Arauna Studio. His work focuses on environmental graphics, identity and editorial design, mostly in the field of culture and public services.

He understands design as the development of an idea in accordance to each project, which translates into bespoke versatile graphic systems. It is characterised by a special care for typography, that often results in the design of bespoke typefaces for certain projects.

He has specialised in environmental graphics and signage applied to healthcare architecture, where multiple disciplines get involved in order to meet diverse needs of the space.

He also teaches Typography at IDEP and Environmental Graphics at Eina. His work has been recognised by awards such as Art Directors Club, D&AD and Laus. He is a member of Alliance Graphique Internationale (AGI) since 2019.

We are pleased to present the recording of the third session of the International Symposium on Shared Patient Experience: “The Patient eXperience, a global response to a society in search of high touch” from August to November 2020.

This session focused on the theme ” Design of infrastructures and teams taking into account the Patient eXperience”. Health care facilities and equipment are the most visible part of health services and therefore have a great impact on the patient experience. Less visible are medical devices, which nevertheless have a significant impact on patients. The lack of resources available for building or transforming healthcare institutions forces designers to adapt the infrastructure as precisely as possible to health needs, as well as the acquisition of the most relevant medical devices. How can we learn from the patient experience to improve and guide the transformation of care spaces? How can the architecture and design of spaces and decoration improve the patient experience? How can the patient experience drive product design? 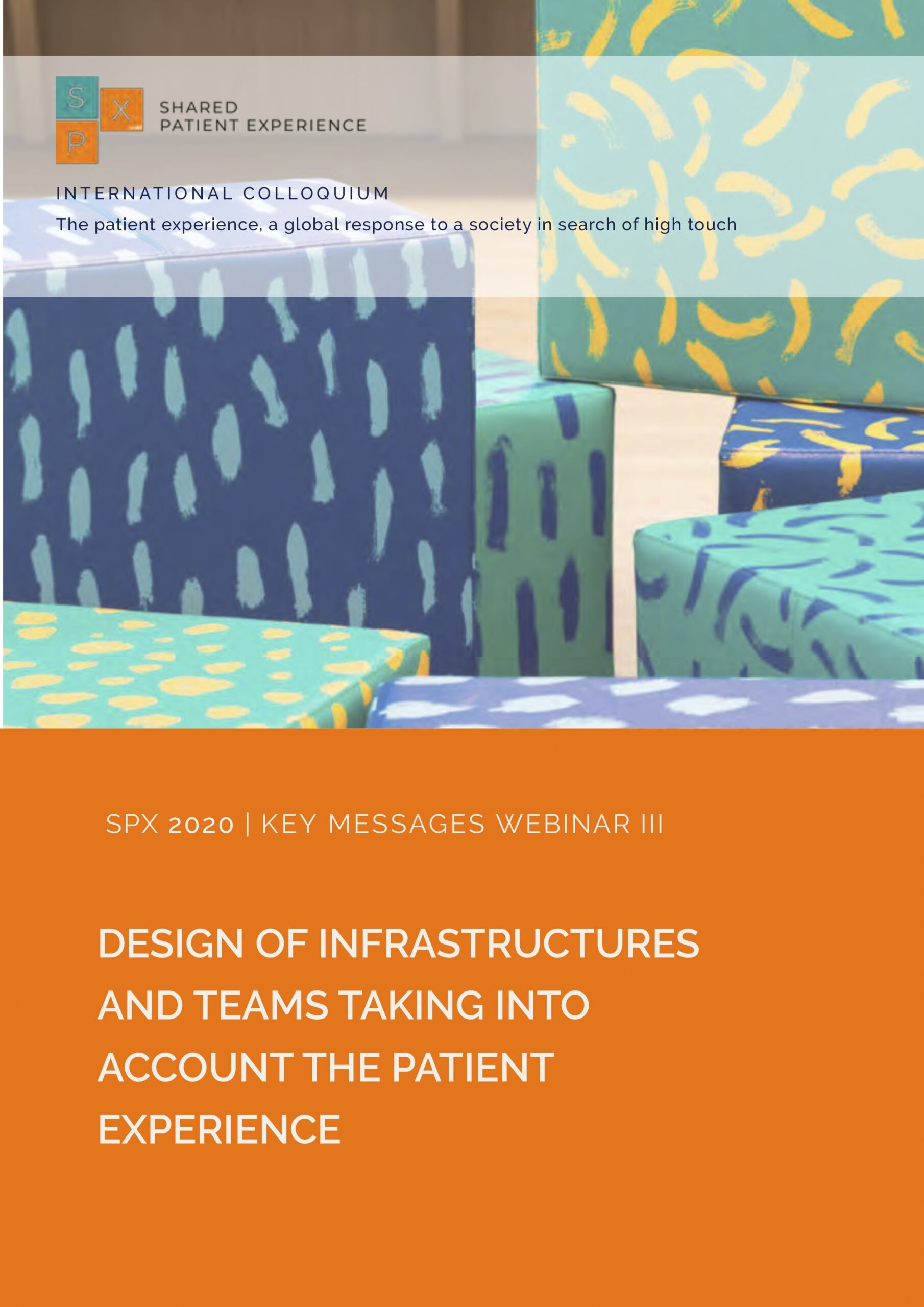 Design of infrastructures and teams taking into account the Patient eXperience

Description: This document presents the key messages and the opinions of the experts who participated in the webinar. It addressed “Design of infrastructure and teams taking into account the patient experience”. It was sponsored by Clinique Saint Jean, in Brussels, Belgium.

We use cookies on this site to enhance your user experience. By clicking on the link “OK, I agree” you are giving your consent for us to set cookies.
Cookie settingsOk, I agreeNo, give me more info
Manage consent

This website uses cookies to improve your experience while you navigate through the website. Out of these, the cookies that are categorized as necessary are stored on your browser as they are essential for the working of basic functionalities of the website. We also use third-party cookies that help us analyze and understand how you use this website. These cookies will be stored in your browser only with your consent. You also have the option to opt-out of these cookies. But opting out of some of these cookies may affect your browsing experience.
Necessary Always Enabled
Necessary cookies are absolutely essential for the website to function properly. This category only includes cookies that ensures basic functionalities and security features of the website. These cookies do not store any personal information.
Non-necessary
Any cookies that may not be particularly necessary for the website to function and is used specifically to collect user personal data via analytics, ads, other embedded contents are termed as non-necessary cookies. It is mandatory to procure user consent prior to running these cookies on your website.
SAVE & ACCEPT